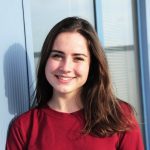 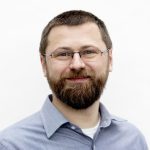 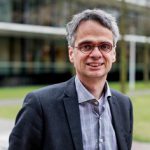 [This blog post is based on findings which are presented in a more detailed manner in the forthcoming edited volume ‘Onderneming en Digitale Conflictoplossing’ which is part of the ‘Serie Onderneming & Recht’.]

On 15 December 2020 the European Commission published the Proposals for the Digital Services Act package, “an ambitious reform of the digital space”.[1] The package is composed of the Digital Services Act (DSA) and the Digital Markets Act (hereafter, DMA, Proposal or DMA Proposal).[2] The proposals together aim “to make sure that we, as users, have access to a wide choice of safe products and services online. And that businesses operating in Europe can freely and fairly compete online just as they do offline.”[3] To this end, the DSA tackles liability of online intermediaries for third-party content, safety of online users, due diligence obligations for different providers of information society services, etc.[4] The DMA targets competition law issues, i.e. economic imbalances and unfair business practices by gatekeepers.[5] The aim of this blog post, which focuses on competition law issues, is to critically assess the DMA Proposal.

In the EU, both the European Commission and some of the NCAs, have not shied away from enforcing antitrust provisions against undertakings active on different types of digital markets. They have done so primarily by using the “traditional” competition law framework and more in particular Article 102 TFEU (and the national equivalent of this Treaty provision dealing with the abuse of dominance). In the enforcement exercise, the usual “suspects”, namely infringement decisions, fines, but also interim measures and commitments have been used. This approach is not really surprising: first, from a substantive point of view, we are talking, after all, about large corporations which often hold large degrees of market power; second, the enforcement mechanisms mentioned above are the tools currently available in antitrust agencies’ arsenals.

Yet, the experience of the last years has shown important shortcomings related to the ability to apply Article 102 TFEU to a wide array of behaviour of large tech corporations which act as gatekeepers, and also, to the timing of intervention.[6] Such matters are evidently important in digital markets, where “winner-takes-all” competition for the market creates specific market dynamics and triggers intricate market practices by such undertakings.[7]

How does the DMA Proposal address gatekeepers’ behaviour in digital markets?

The question is whether sector specific regulation is needed in order to protect the competition process on digital markets dominated by online platforms. Against this backdrop it is important to examine the recent DMA Proposal of the Commission. First, as far as substance is concerned, is the DMA Proposal capable of clarifying which practices of gatekeepers are harmful and should therefore be prohibited? Second, as far as enforcement is concerned, does the Proposal enable the Commission to intervene on the market in a timely fashion, so as to address the problem of “tipping” markets? With regard to both questions, our initial impression is that sector specific regulation has great added value, however certain matters require polishing and clarification.

Indeed, the Proposal provides criteria which clarify the threshold for intervention: one can assert transparently what gatekeepers are, the requirements necessary for designating market players as gatekeepers, the methods of designation and the possibility of companies facing such designation to present countervailing arguments (Articles 2 and 3 Proposal). The Proposal also provides the obligations and prohibitions which may be imposed once a market player is designated as a gatekeeper. In the Proposal, predefined obligations and prohibitions are laid down as a “close-shop list”. Such a list may appear somewhat rigid at first sight, but fortunately the Proposal provides the Commission with the possibility to identify new obligations (Article 10(1) Proposal). The Proposal is also clear whether such obligations or prohibitions may be further specified in the context of the given market realities (Article 6 Proposal). Some of such obligations and prohibitions borrow in a more or less evident manner from theories of harm embedded in settled antitrust case-law or in recent decisional practice.[8] This seems reasonable, to a certain extent, having in mind that the Proposal’s declared objective of ensuring fair and contestable markets is congruent with competition law objectives. At the same time, this poses the question of how ongoing antitrust cases will be impacted. In other words, how will the specific ex-ante rules interact with the interpretation of the “traditional” Treaty provisions on competition? Furthermore, how will the Member States and their competition authorities, which seem somewhat marginalised by the Proposal, react to sector specific regulation, in light of their domestic ongoing efforts to curb problematic gatekeeper behaviour. Also, although beyond the scope of this contribution, one should be wary of the interplay between some of the DMA obligations and other areas of EU law: for example, the obligation to ensure effective portability of data (Article 6(1)(h) Proposal), relates to requirements embedded in the General Data Protection Regulation 2016/679.[9]

As far as enforcement is concerned, the Proposal is clearly based on the experience of EU antitrust law enforcement, embodied in Regulation 1/2003.[10] The main advantage of this approach is that a lot of issues have already been clarified in antitrust law, which will further stimulate the successful application of the DMA’s provisions. Nevertheless, there are some concerns: the threshold for intervention when it comes to deploying interim measures remains very high: Article 22 of the Proposal gives the Commission the right to adopt interim measures in the case of “…urgency due to the risk of serious and irreparable damage for business users or end-users of gatekeepers…”. Such interim measures must be based on a “…prima facie finding of an infringement…” of the obligations imposed by the DMA on specific gatekeepers. If the antitrust law enforcement experience in relation to this mechanism were to give an indication,[11] we argue that in its current form, the Proposal’s interim measures provisions may not have much added value. Admittedly, harm to business or end users may be easier to prove than harm to competition, which is required for interim measures under Regulation 1/2003. Nevertheless, the threshold of serious and irreparable damage remains high. Given that interim measures are key for swift intervention in problematic scenarios, a relaxation of the intervention requirements should be taken into account when redrafting the Proposal. Furthermore, while the Proposal seems to have put in place legal standards relating to, for example, proportionality and access to judicial review, its provisions regarding investigation powers are lacking certain essential elements, when it comes to e.g. assistance of national authorities and the lack of prior judicial authorisation for on-site inspections.[12] Furthermore, important jurisdictional concerns may occur when carrying out inspections or when imposing structural remedies in third countries (Articles 16 and 21 Proposal). It goes without saying that the Commission does not have the power to inspect the business premises of big tech enterprises located in e.g. the US and China. Such concerns should be addressed when redrafting the DMA and by concluding cooperation agreements on enforcement matters with third countries. This is preferable to relying on the EU Courts to address such problems in a piecemeal manner, through case-law.

Moving on, it is important to set the Proposal in its correct context. As pointed out above, the Proposal is visibly based on competition law experience. Therefore, in our view, it can be argued that the DMA will become part of EU competition law, as a special branch containing rules for gatekeepers, meant to ensure fair and contestable markets in the digital sector. The advantage of this is that the DMA will continue to gain from the experience accumulated in competition law, and will likely develop alongside “traditional” competition law. This does not however mean that gatekeepers become all of a sudden immune to the EU antitrust provisions. Article 1(6) of the Proposal makes this crystal clear. In reality, gatekeepers will still be held to the “special responsibility” not to abuse a dominant position (where such a position is established), and not to engage in collusive practices; on top of this, the DMA Proposal adds extra requirements for gatekeepers, which are meant to address the peculiarity of the position they hold, namely an entrenched and durable position, with significant impact on the Internal Market.[13] Therefore, the interplay between the ex-post enforcement of the “traditional” competition rules and the ex-ante rules requires that both sets of rules are applied and enforced in a coherent and consistent fashion. The DMA Proposal, as proposed by the Commission, does not make clear which mechanisms ensuring this endeavour are in place. Nevertheless, some (very tentative) suppositions may be made: first, regarding institutional mechanisms, it will be interesting to see which DG will take the lead in further developing and applying the DMA. The two Inception Impact Assessments[14] the DMA Proposal is based on attribute the lead role to DG CNECT and DG GROW, with regard to the ex-ante regulatory instrument, and to DG COMP, regarding the market investigation mechanism (formerly presented as the ‘New Competition Tool’). In our opinion, given the DMA’s closeness to competition law enforcement, DG COMP should definitely have a prominent role. Second, regarding practical enforcement, Article 12 of the Proposal stands out in a rather odd manner, since it seems to require gatekeepers involved in certain types of concentrations to inform the Commission about such deals, in addition to the notification obligation embedded in Article 4 of Regulation 139/2004.[15] This could feel burdensome (and to a certain extent unnecessary). Therefore, the Form CO pertaining to the notification of concentrations could be amended to include information provided by the parties, which could be relevant for the DMA. Also, in connection to the institutional point made above, the application of the merger control rules in parallel with the DMA will naturally require good communication between the respective DGs and units of the Commission.

In sum, the aim of the DMA Proposal is to respond to the anticompetitive practices of gatekeepers. Given the rapid rise of the big tech companies, this response is much needed. Will the proposed DMA deliver on this call for action? This depends largely on the extent to which the final version of this EU regulation will allow the Commission to take swift action by imposing obligations and measures targeted at the specific features of the services offered by the gatekeepers.

[5] European Commission, Proposal of 15 December 2020 for a Regulation of the European Parliament and of the Council on contestable and fair markets in the digital sector (Digital Markets Act), COM(2020)842, p. 3. Pursuant to Articles 2 and 3 of the DMA Proposal, a gatekeeper is defined as a provider of core platform services that meets the following three requirements: (a) it has a significant impact on the Internal Market; (b) it operates a core platform service which serves as an important gateway for businesses; and (c) it enjoys an entrenched and durable position in its operations or it is foreseeable that it will enjoy such a position in the near future.

[7] H. Schmidt, ‘Taming the shrew: is there a need for a new market power definition for the digital economy’, in: B. Lundqvist and M. Gal (eds.), Competition law for the digital economy, Cheltenham: Edward Elgar 2019; Considerations of France and the Netherlands regarding intervention on platforms with a gatekeeper position, 15 October 2020, available at: https://www.government.nl/binaries/government/documents/publications/2020/10/15/considerations-of-france-and-the-netherlands-regarding-intervention-on-platforms-with-a-gatekeeper-position/Non-paper+FRA-NL+ex+ante+regulation+platforms_final_1410.pdf.