While the EU’s new Platform-to-Business Regulation went into effect on July 12, the European Commission is already gearing up to introduce two other, more far-reaching initiatives: the introduction of ex-ante regulation for gatekeeping platforms in the Digital Services Act and the adoption of a New Competition Tool. But adding these two new legislative pieces may not be enough to solve the key challenge of creating effective and timely enforcement. 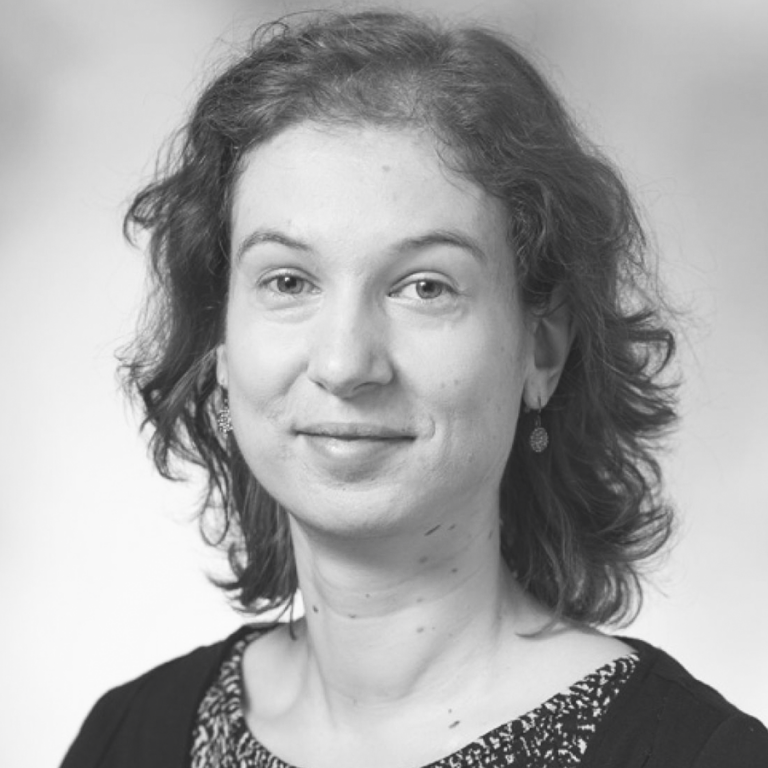 In June 2019, the European Commission adopted its Platform-to-Business Regulation (P2B Regulation), a measure meant to promote fairness and transparency in the relationship between online platforms and business users. The P2B Regulation, which went into effect on July 12 this year, is the first among a number of EU initiatives to regulate platforms. While these are welcome initiatives, they may not be enough to remedy the key problem in the platform economy, which is effective and timely enforcement.

Most of the provisions of the P2B Regulation aim to increase transparency for businesses by, among other things, forcing platforms to disclose their main parameters for determining ranking as well as the reasons for their relative importance, whether they engage in any differentiated treatment, and the extent of businesses’ access to data. Although the P2B Regulation does not ban any practices or prescribe any conduct, it explicitly keeps open the option of “further measures, including of a legislative nature […] if and where the provisions established in this Regulation prove to be insufficient to adequately address imbalances and unfair commercial practices persisting in the sector.”

Even before the P2B Regulation went into effect, the Commission announced in June that it plans to introduce ex-ante regulation for gatekeeping platforms in the form of a new legislative proposal entitled the Digital Services Act, which is expected to be published by the end of 2020. This indicates that the Commission will not wait to see the impact of the P2B Regulation but intends to push ahead by proposing stricter rules for a class of incredibly strong online platforms referred to as “gatekeepers” (a notion that still needs to be defined, but that is expected to include businesses like Google and Facebook). These rules will likely prohibit or restrict certain unfair trading practices of such gatekeepers, strengthening the fairness of platform-to-business relations, which the P2B Regulation largely left unaddressed.

In parallel, the Commission announced that by the end of 2020 it would publish another legislative proposal, one that would introduce a New Competition Tool. This New Competition Tool would allow the Commission to impose remedies on market players to address structural competition problems without first having to establish that a business has infringed competition rules, and possibly even without having to assess market dominance. The new tool takes inspiration from the power that some national competition authorities in Europe, such as the UK, already have to conduct market investigations.

While the ex-ante regulation for gatekeeping platforms in the Digital Services Act and the New Competition Tool are both welcome initiatives, they may not be enough to remedy the key problem in the platform economy, which is effective and timely enforcement. Furthermore, to ensure that these initiatives reach their potential, their objectives would need to be better spelled out.

The objectives of the European Commission’s current initiatives seem to be twofold. First, the New Competition Tool helps the existing framework of EU competition law achieve the traditional goal of protecting competition and consumer welfare where structural market problems exist. Second, the Digital Services Act promotes a goal beyond competition law (although the exact goal is not clear from the Commission’s plans so far), because just protecting competition does not seem enough to create a platform economy with sufficient chances for everyone.

To ensure that these new initiatives complement competition enforcement and do not undermine it by lowering the threshold for interventions, a key question is what issues are better addressed under regulation rather than competition law.

In principle, competition law is rather flexible and capable of capturing new problematic behavior. Novel theories of harm are being developed in competition investigations, like self-preferencing in the EU’s Google Shopping decision—in which the European Commission leveled a €2.42 billion fine against Google in 2017 for favoring its own shopping service over rivals in search results—and the preferential access to data in its ongoing investigation into Amazon. If decisions like these are upheld by the courts, the conclusion may be that competition law continues to function well. This would reduce the need to adopt new rules for gatekeeping platforms where those rules aim to ban practices that have already been qualified as abuse of dominance under competition law.

Nevertheless, additional regulation may still be desirable to protect other economic interests beyond those underlying competition law, such as preserving diversity or creating a level playing field. Such regulation should, however, complement and not bypass the competition rules. This can be illustrated through the issue of data access.

There has been a lot of discussion among scholars and in policy circles in the past few years on whether data is a barrier to entry, whether it is indispensable for competition, and to what extent it can qualify as an essential facility (the last was the topic of my PhD dissertation, a summary of which is available here). The 2019 Special Advisers’ report Competition Policy for the Digital Era, commissioned by EU competition chief Margrethe Vestager, considered lowering the applicable standards to qualify data as an essential facility in cases where data is a byproduct of offering a service, such as in the context of a search engine or social network.

Despite the attention to this issue, there has been no competition decision clarifying under what conditions a dominant firm in a data-driven market would be considered as abusing its dominance by refusing to give access to the data it holds. For this reason, it is unclear what the Commission meant when it stated, in its February 2020 Communication on A European strategy for Data, that a data-access right should only be created if a market failure is identified that “competition law cannot solve.”

Because the boundaries of facilitating data access under competition law have yet to be clarified, the problem may lie in the lack of precedent rather than in the possible inadequacy of the competition rules themselves. Remedies imposed in competition cases can serve as inspiration for how to design a regulatory framework, but today there is no relevant precedent. While the introduction of ex-ante regulation requiring gatekeeping platforms to share data may therefore seem attractive, it will still have to solve the problem of the threshold for intervention and the type of data to be shared. These are questions competition law otherwise had to address.

The Need for Effective and Timely Enforcement

While existing competition rules seem sufficiently flexible to address new anticompetitive behavior, a key concern is the timing of competition interventions and how to make those interventions effective. The EU’s New Competition Tool can be a helpful mechanism to fix structural market problems, even though the proposal has raised valid questions about the checks and balances of such a wide-ranging instrument.

Once these concerns are addressed, the key to making the New Competition Tool effective would be to gain a better understanding of how to design adequate remedies and, in particular, how to restore competitive conditions.

The concerns that the auction-based remedy in the Google Shopping case, which allows competitors to bid for advertising space at the top of a search page, is ineffective to address the anticompetitive effects of the favoring by Google of its own comparison shopping service illustrate the complexity of designing proper remedies in platform markets. It is also unclear how the New Competition Tool will allow for more timely interventions, considering that the Commission will need to take time to identify the problem and design remedies.

The New Competition Tool may be particularly valuable in the context of consumer exploitation. Whereas US antitrust law does not enforce against exploitation, addressing exploitative abuses is an inherent part of EU competition law. However, EU competition law is not so actively applied yet to address this type of behavior in the platform economy. Some will argue that exploitation of consumers would be better addressed by other tools, such as data protection and consumer law (see the discussions surrounding the 2019 German Facebook decision, in which the German competition authority held Facebook liable for imposing unfair terms and conditions on users), but competition law can also play a role in particular when it comes to the practices of dominant firms or gatekeeping platforms.

The EU’s data protection and consumer laws apply to all data controllers and traders without tailoring the obligations to their market share or scope of activities. To reflect market reality, where dominant firms have more scope to adopt potentially harmful practices and consumers are less able to switch, there is a need for more asymmetric and focused enforcement so as to impose stricter standards on larger companies. To achieve this, on the one hand, the EU would need to strengthen the enforcement of data protection and consumer laws. On the other hand, when exploitative behavior restricts consumer choice due to a lack of competition, concerns arise that require competition authorities to step in.

As long as there is little enforcement against powerful players under data protection as well as consumer law and competition law overlooks consumer exploitation, structural issues of consumer choice and diversity in the platform economy will not be effectively addressed. Pursuing the objective of diversity to complement the existing competition rules should therefore not only apply toward market players in terms of the diversity of businesses’ opportunities. It should also apply toward consumers in terms of diversity and freedom of choice.

The latter issue also seems to have formed one of the reasons behind the Commission’s launch of a sector inquiry into the consumer Internet of Things. Sector inquiries are investigations into sectors of the economy the Commission believes are not working well. The information obtained during such an inquiry helps the Commission to understand a market better for the purposes of its future competition enforcement. In this sense, the sector inquiry into the consumer Internet of Things could point at possible structural competition issues. With the adoption of the New Competition Tool, the Commission would be able to impose remedies to fix any problems identified during the sector inquiry even if no violation of the competition rules can yet be established. However, this does not solve the issue of the design of proper remedies to address or even prevent consumer exploitation, which would still require further experimentation by competition authorities.

Regulation can complement competition law, particularly when it serves objectives other than those underlying the competition rules. The existing EU framework of competition enforcement alone may not be enough to create a diverse platform economy, where businesses are treated fairly and consumers have adequate choice.

However, the adoption of new rules and tools in itself is unlikely to be sufficient. Even with ex-ante regulation and a New Competition Tool in place, timely enforcement and effectively designed remedies will remain key.