The UK’s highest court has delivered another benchmark judgment on gig workers. But the battle is not over. 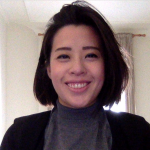 In a landmark judgment last Friday, the UK Supreme Court unanimously ruled in favour of ‘gig’ workers in a six-year battle between a number of drivers from the App Drivers and Couriers Union (ADCU) and Uber, upholding an earlier decision by an employment tribunal. This is a big win, especially since Uber often masks its exploitative treatment of workers behind the myth of ‘flexibility’.

Following the Netherlands, Germany, France, Spain and Italy, a pattern is emerging across European Union cities, and now in the UK, regarding the employment status of workers in the platform economy. Larger questions however loom as to the adequacy of these legal protections, especially for already precarious workers.

The Supreme Court’s decision was based on two main determinations. The first was with regard to the classification of drivers: are they workers or self-employed? The second concerned working hours: as drivers, during what periods are they considered to be working?

As to the former, the court ruled that Uber’s tight control of its drivers made them workers, not independent entrepreneurs. The company set the fares and imposed contract terms, with drivers having no say in the context of information asymmetry. It constrained its drivers when logged on and exercised significant control via its proprietary technology over how they could deliver their services, as with routing options and the ratings system. It limited communication between passenger and driver: complaints, fare collection, payment of drivers and contact details of passengers were mainly handled by Uber.

Put together, the judgment asserted that drivers ‘have little or no ability to improve their economic position through professional or entrepreneurial skill. In practice the only way in which they can increase their earnings is by working longer hours while constantly meeting Uber’s measures of performance.’

A crucial point, with implications for future cases, was that contract law should not be used to deny workers their statutory rights. The court found unacceptable the ways in which Uber had been drafting contracts so as to absolve itself of responsibility. It ruled that employment relations could not in any event be left to contracts, as contractual regulation did not take account of the power imbalance between employer and worker.

On hours, the court concluded that working time embraced whenever a driver was logged on to the app. The judgment endorsed the employment-tribunal finding that Uber operated a coercive penalty regime, with drivers deactivated merely for refusing rides.

The legal challenge was originally made when Uber was the only player in the market, which is no longer the case. How the ruling will apply to today’s multi-app situation remains unresolved. Given Uber’s record, it is certain that years of litigation will be in the works over compensation due for time logged on but not on a trip.

The reclassification of its drivers as workers will also have implications for Uber’s tax liabilities, which it has sought to minimise via transfer pricing, exposing it to scrutiny by a number of national tax authorities. The cost of the judgment will be substantial to Uber—although it is offering only minimal compliance—and this could well affect its business model.

It has already begun lobbying at EU level to lower labour standards, pushing a similar deregulatory approach as with Proposition 22 in California—as evidenced by a recently released company ‘white paper’, advancing its claims on behalf of its ‘independent’ workers. There is a possibility Uber might leave the UK market, which would have a significant impact.

It is crucial for lawmakers to recognise that labour protections must be expanded and strengthened in the gig economy, rather than creating exemptions and exclusions as proposed by Uber. More broadly, policy-makers ought to pay attention to the quality—not just the quantity—of positions in the labour market.

Worker organising has to be central to any solution. James Farrar and Yaseen Aslam, the two leading claimants in the UK case, have been tireless within their unions and on the ground. Direct action and organising have been crucial, as the minority-ethnic workers who make up a large proportion of full-time drivers often feel excluded from traditional unions. Across many EU member states, unions—grassroots and traditional—have been playing a critical role in defending platform workers’ interests, relying frequently on legal challenges.

The UK Supreme Court guaranteed the drivers’ right to freedom of association and they should have the ability to come together to deliberate and decide on issues directly affecting them. But that requires access to data and transparency in algorithmic management.

Without access to data, drivers cannot determine how much they are earning, how their time is utilised or how tasks are allocated. They are unable to understand why they are deactivated or fired. Following the ruling, drivers will receive basic protections, such as access to the minimum wage, holiday pay, freedom from discrimination and whistle-blower safeguards—but not against unfair dismissal.

Legal challenges related to data access and ‘robo-firing’ have been filed at the Amsterdam District Court by the ADCU and others, calling in aid the General Data Protection Regulation, against Uber and Ola. There have been sustained efforts by Workers Info Exchange, also party to the case, to push workers’ rights further by establishing a data trust to make subject-access requests on behalf of drivers.

Uber claims this is an abuse of GDPR rights. Were the Dutch court to agree with the two companies on data access, this would have devastating consequences for all workers. Ex-post efforts, such as litigation, are costly, time-consuming and even if successful often arrive too late. There needs to be ex-ante regulation at sectoral and company level.

The business models of gig companies are predicated on an exploitation of precarious and marginalised workers inseparable from power accumulation by Big Tech. In addressing the dominance of these companies, building worker power is essential if we are to strive for a more equal future.

This opinion piece by Jill Toh was originally published on the website of Social Europe. View the original publication here.